HCA Athletes of the Year

Malachi Mathis and Jessie Markle have been attending HCA since kindergarten. Jessie was name team captain on the volleyball and basketball team. She has also earned MVP, All-Region while being selected to the All-Star game. Jessie graduated this weekend and plans to attend UNG Oconee for 2 years before transferring to UNG for her final 2 years. She wants to become a Kindergarten Teacher.

Malachi has earned MVP in basketball and football. He’s also earned All-region in basketball, football and baseball, while taking home All State in football while being selected to the All-Star Basketball team. Malachi is the first HCA athlete to be named Forsyth County 8- man Player of year. He is also the first HCA athlete to be nominated as Forsyth County’s Athlete of the year. Malachi plans to attend Lanier tech and become a boat mechanic.

Congratulations to both of these outstanding student athletes for having an amazing senior year while representing their school. 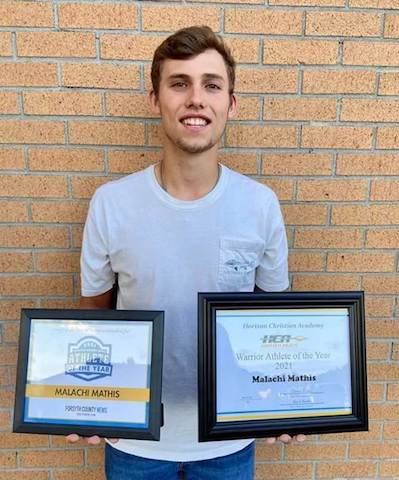