Every year for the past six years, the HCA drama program competes in the GICAA Region A One Act Play Competition. The One Act Competition is a competitive twist on fine arts, there is a time limit on each show and whichever cast scores the most points wins the competition.

The One Act Play Competition poses many difficult problems such as choosing a play that will not only win, but also takes advantage of the talent our students have to offer the play. As well as making sure your show stays under the set time. 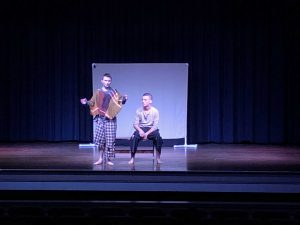 This year the cast prepared and performed Huebner the Reluctant- a tale of a storyteller who gave up his passion after a traumatic experience. Thanks to some coaxing from a mysterious floating woman he joined in the unknown quest to be the key to winning the battle to save the world. After struggling with his faith in both himself and others, he is finally able to become a firm believer in his abilities and subsequently saves the world from destruction. This is a great show with a underlying biblical meaning.

The cast recognize that our daily battle with the enemy comes against us every day, but we are victorious through Jesus! It ties in so great with our current schoolwide study of the book, Goliath Must Fall.

When asked about the show Mrs. Berry, the K-12th grade drama teacher, said, “I am so proud of this awesome cast- their ensemble work, encouraging one another and flying high with special effects! They made this ‘drama’ come alive and great friendships have formed!”

The drama program continues to excel and expects to participate in the GICAA One Act Play Competition for years to come. 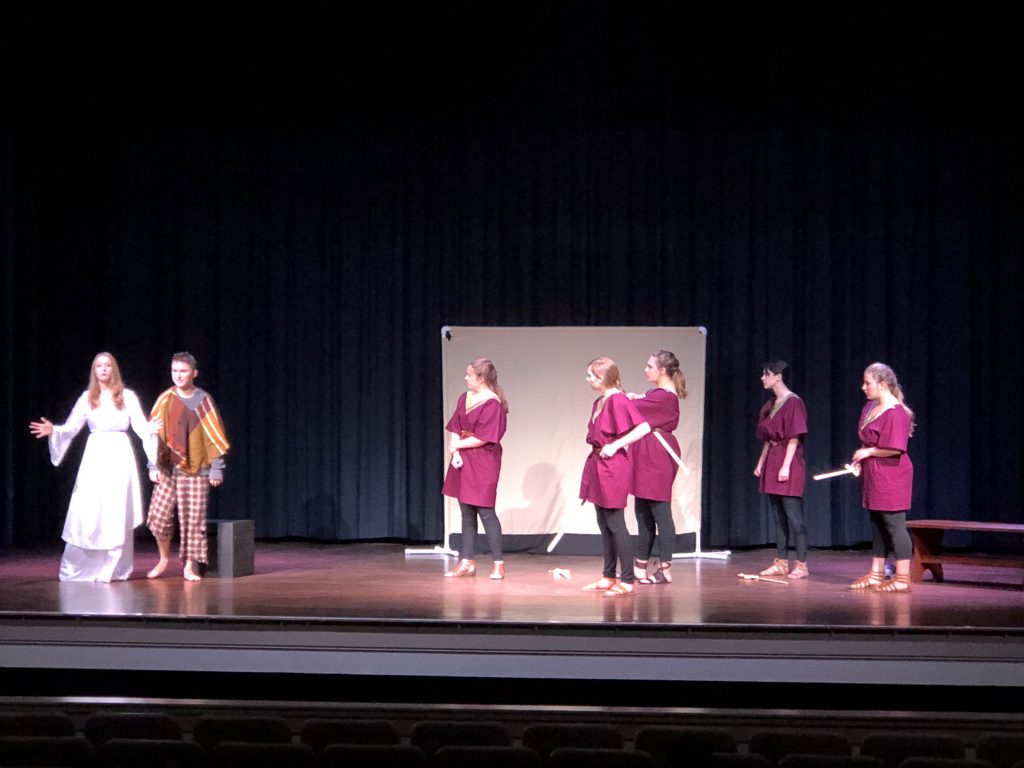