HIGH SCHOOL BASEBALL- The Warriors started off their season on the right foot defeating Lanier Christian on Tuesday 6-2. HCA started off the game well scoring first in the bottom half of the first inning. Luke Sell started the game on the mound throwing three hitless innings while striking out 6 batters. Jack Fayard and Evan Holcombe combined to throw the remaining 4 innings to close out the game. Malachi Mathis had 2 RBIS while going 1-3 with a double and Noah Key scored three runs off of two hits and a walk. Luke Sell sealed the game for good with his two run homerun in the Bottom of the 5th inning. “The boys played very well last night” said coach Smith. “They have been working hard to prepare, and last night was a great way to start the season. The boys were aggressive at the plate, showing confidence in their abilities. We have a lot to work on, but we are definitely on the right track.”The Warriors play Covenant Christian Academy on Friday at Midway Park at 3:00pm.

MIDDLE SCHOOL GIRLS SOCCER- The middle school girls earned their first win last night against Fulton Science Academy. The Lady Warriors scored 6 goals, with 7th grader Madelyn Radtke scoring her first goal of the season. “I am so proud of these girls for working so hard and coming back and winning against this team that just beat us 6-4 last week” said Coach Chaney. The girls are looking forward to tomorrow’s home game against Cherokee and are hoping for a second win!

HIGH SCHOOL/JV BOYS SOCCER – Last night, the JV boys had a rematch of last week’s game against Fulton Science academy. The boys won again, this time winning 7-1. Jake Sell played a great game moving around the entire formation and playing both offense and defense for us. He scored once and had a chase down tackle to save a goal. The warriors will be back in action on Thursday against Cherokee.

ELEMENTARY  SOCCER- All four teams will have their second practice today!

Reminder: Next Week-March 10th will be our Springs Sports Picture Day at 2:20pm starting with MSG Soccer then Baseball ending with VB/JVB Soccer. 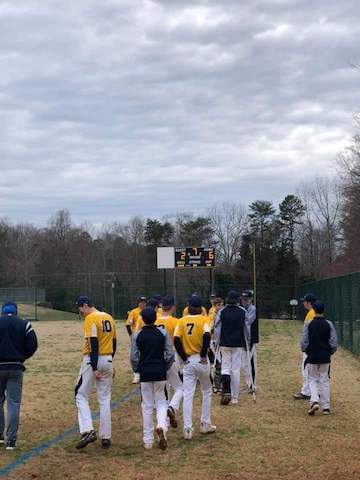