WARRIOR FOOTBALL– Friday  night was filled with energy, as students and parents entered the stadium for Homecoming and Elementary night. The Warriors took the field for their final regular season game against non-region opponent Fideles Christian. The Warriors played great and defeated the Rangers 39-12.  After the game Coach Taylor said, “The boys played great! We made a few last minute adjustments during the week and they executed well. We decided to move Malachi Mathis to Quarterback on Tuesday, leaving him only two full days to rep that position. Normally, this would be a recipe for a disaster, but his high IQ of the game allowed us to stay in tac offensively . The mistakes he made Friday night were contributed to the lack of reps. The big plays he made were contributed to his high IQ and leadership qualities. #2 Zane Lamonde had a huge game at running back. We moved him there because of limitations with his injured shoulder.  I wasn’t quite sure how that would work out, being that we never asked him to run the ball in the past but he just gave us a great changeup at that spot that all good teams need. This helps us keep Camden fresh throughout the game, because when Camden’s Fresh…We’re a really good football team. A lot of our kids are stepping up which makes us lethal heading into the playoffs.  I’m excited that Luke Radtke emerged as a threat in the passing game. Our coaching staff has done a tremendous job scouting and  watching film on Vidalia and if we play like we’re capable we’ll take care of business.”

At halftime Malachi Mathis and Camden Moore were part of the homecoming festivities. Congratulations to Camden Moore and Mary Jones for winning Homecoming King and Queen!!  The Warriors  are preparing this week to travel down to Vidalia Georgia (609 E Fifth St Vidalia, GA 30474)  on Friday as the #3 seed taking on the #2 seed Vidalia Heritage Academy.

Check out the Homecoming highlights– http://www.hudl.com/v/2EZCdC 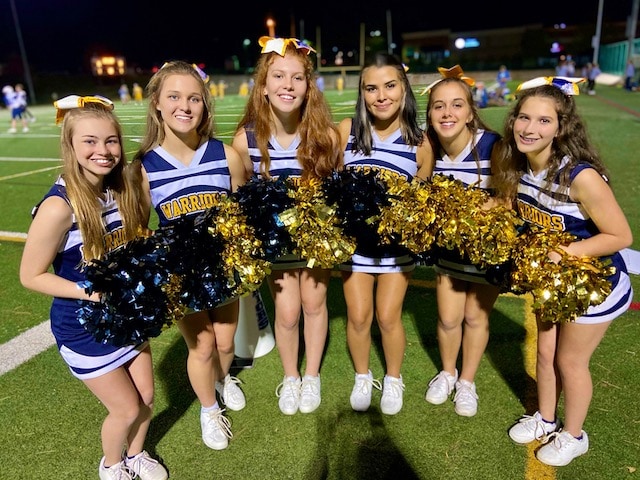